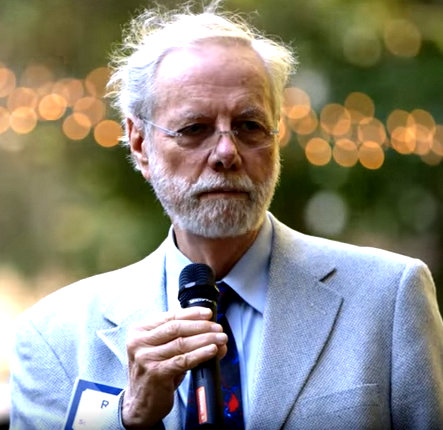 One Mission: To Figure Out This Disease

The deception emanating from the National Institute of Health (NIH) is that ME/CFS funding is a priority for them.  They really want to fund our research but 1) there are too few applications coming in to them and 2) they are of poor quality.

The fact is the ME community has been lucky to have recently attracted world renowned scientists to the field.  These scientists have had their applications for NIH funding for their studies returned unapproved.

NIH has approved countless applications for studies from these same scientists, as long as it was not ME/CFS related.  Could it be that the famous virus hunter, Dr. Ian Lipkin as well as Dr. Mady Hornig, suddenly lowered the quality of their application when it came to ME?  Did Dr. Ronald Davis, the award winning inventor with decades of NIH funded research, abruptly lose his brilliance to be graded “not that great” by the application reviewer?

“If There Were Meritorious Applications, We Would Fund Them”

Cheryl Kitt presented at the August 18, 2015 CFSAC meeting regarding approving application for research funding from the NIH. Which of the following statements do they expect us to believe?

World renowned board member of the Open Medicine Foundation (OMF), Dr. Ronald Davis, is a professor of Biochemistry and Genetics at Stanford University School of Medicine and he is the director of the Stanford Genome Technology Center.

As part of the End ME/CFS Project, Dr. Davis has started the project's first study; the ME/CFS Severely Ill, Big Data Study. This is the first study looking directly at the Severe ME patients, designated to find a clinically useful diagnostic biomarker.

Many distinguished scientists make up Dr. Davis’ team. Some are actual Nobel Prize Laureates, such as Drs. James D. Watson, Mario Capecchi and Paul Berg,  They are on the OMF’s ME/CFS Scientific Advisory Board, which determines what studies are conducted in this project, and are investing their unique expertise into solving the problem of our modern time hidden plague.

Dr. Davis was named among the top 7 of “Today’s Greatest Inventors”, Atlantic Magazine (2013) and Inventor of the Year, SVIPLA 2011 among the list of twenty distinguished awards earned throughout his career.

Dr. Davis and his family struggle with his son’s illness.  Davis' son, Whitney, has a severe form of ME and recently appeared in a mini-documentary. This video tells the heart-rending story of how Dr. Davis and his wife care for their son 24/7 with selfless love.  The documentary also highlights two other ME patients with their treating doctor, Andy Kogelnik.

Recent generous donations have provided funds to begin this historic project, but these studies are expensive. Their goal is $5 million per year for the “End ME/CFS” project.

This September 1, 2015 letter signed by Ron Davis and other renowned scientists underscores the difficulties they have had in securing funding from the NIH.

Dr. Ron Davis on What Needs to Be Done:

Dr. Davis is featured in this video calling NIH out for their rejection of his research application for his Big Data Study using a cohort of the most severe ME patients.  Please take the time to listen to the full video.  It is full of valuable gems such as

While promoting cooperation with other researchers, Davis discusses “Harvard Mode” - in order to have good research, you have to have a competitor. He counters that premise with “There is One Mission: To figure out this disease.”

“It is like a startup, where everyone needs to pull their weight. Everyone works together, everyone shares and they have one mission - to make the company succeed.”

"Take a collection of patients and collect more data on them than has ever been collected on a human being before."

“..with severe patients, we expect the signal to be larger - this will give us a statistical difference.”

Referring to his son: "The standard medical procedures that a doctor will run liver function... are fine. But if you look deeper he's not fine... we've found several hundred things that are actually out of whack in his system."

“Sometimes, you don’t need to understand the disease to actually cure it! This can be done by accidental observation like noticing that treating patients with Rituximab for lymphoma made ME patients better.  Taking note of that is important… This resulted in clinical trials going on right now to treat this disease.”

"I'm very optimistic. We are on a very rapid change because of technologies..."

"We have to get NIH involved and that's going to take some level of pressure. That pressure can come from the public and it can also come from congress."