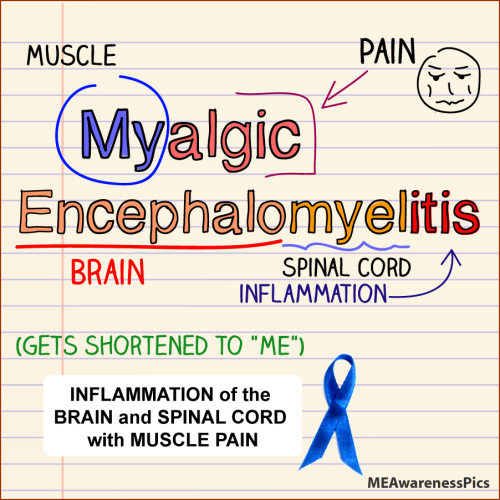 “The highest mode of corruption is the abuse of power.”

The late patient and staunch advocate, Thomas (Tom) Hennessy Jr, realized the need to have a dedicated day to raise awareness for the diseases he championed for - myalgic encephalomyelitis (ME) and other complex immunological & neurological diseases (CIND) - such as fibromyalgia (FM), Gulf War illness (GWI), multiple chemical sensitivity (MCS), and chronic Lyme disease (CLD). 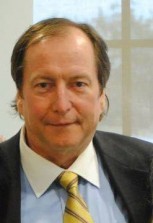 Tom chose May 12th as the international awareness day to memorialize the birth date of Florence Nightingale, the English army nurse who inspired the founding of the International Red Cross. Nightingale contracted a paralyzing CIND-like illness and became chronically ill. She spent the last 50 years of her life virtually bedridden, and despite being severely debilitated, started the world’s first school of nursing.

26 years have passed since Tom designated this special day which has grown in its reach year after year. Yet, it seems that the roots and essence of what information needs to be internalized and spread widely is getting lost as each year goes by.  Tom, as well as other, experienced ME advocates and MEadvocacy have advocated for the recognition of the distinct acquired neuroimmune disease myalgic encephalomyelitis (ME) as defined by our ME experts in the International Consensus Criteria (ICC).

HOW FAR HAVE WE COME?

Since the unveiling of the highly contested IOM/SEID criteria, it seems like many in the community have jumped on the CDC bandwagon promoting the IOM criteria - despite the fact that those that have studied the validity of this governmentally sponsored definition have found it to be overly broad and inclusive of people who suffer from diverse fatiguing conditions. A good example is Dr. Leonard Jason’s recent statement in David Tuller’s interview:

“But I believe these authors made a mistake in indicating that a patient could have either cognitive impairment or orthostatic intolerance—one or the other. Cognitive impairment should have been required for all patients to have. But a more serious problem is that they inadvertently expanded the case definition by having just about no exclusionary illnesses, such as primary psychiatric disorders. My team recently conducted a study where about half the people with a variety of medical and psychiatric illnesses met the IOM criteria.”

"The art and science of asking questions is the source of all knowledge." - Thomas Berger

“The real question is why does government, science, and the medical profession allow unscientific and irrational claims and research to stand? Most of the psychiatric claims about ME, especially from BPS [biopsychosocial] adherents, are not rational and do not have sound evidence. How is this acceptable? How can government function if it takes advice on scientific matters that is not scientific?”

Government Health Agencies who have been charged (and paid for by the people) to protect the health of their citizenship and to uphold the highest level of scientific approach are in reality an abysmal failure.  When it comes to the study of ME, these agencies claim to uphold and accept only high level, evidenced-based studies, yet they accept - even prefer - unscientific papers featuring biopsychosocial theories such as Bodily Distress Syndrome (BDS) (see Stonebirds’ paper on the bias and danger of BDS here) pseudoscience  and refuse valuable biomedical studies  of the disease.

The PACE Trial is a perfect example of pseudoscience currently being revealed to everyone as to all its flaws with its very poor design and wrong and changing parameters.  Many in our community have questioned Lancet’s liability in publishing such a failure of a study.  But, our government health agencies and some advocacy organizations are culpable of accepting and promoting these unscientific claims which have caused untold harm to people with ME (pwME).

Why were they all (most countries) so quick to accept this unscientific BPS study which wasn’t even using ME criteria and therefore many of the cohort used in the study did not actually suffer from ME?

It’s because the results of PACE and other BPS studies fit the government’s narrative of what they want this disease to be perceived as.

In reality, all these agencies have budgets and the name of the game is - spending the least possible. They can accomplish this with their false narrative that “ME/CFS” is just an umbrella term for all types of fatiguing conditions - most of which are psychosomatic.

In this way, they can deflect responsibility to do any further study and can rely on dumping the responsibility of treatment on the patients by using cognitive behavioral therapy and graded exercise therapy which is relatively inexpensive. Plus, a lack of progress can be blamed on the patient for not trying hard enough.

Health and Human Services (HHS) and its agencies continue their malfeasance because they have been able to get away with it unhindered for decades.  Their purposeful course of minimizing, marginalizing and psychologizing this disease has bored its way throughout the agencies and medical care institutes.  Once wrongly branded, it is very hard to cause an institutional reversal.

HHS uses insidious methods to accomplish the perpetuating of their false narratives.

The damage caused by promoting harmful treatments due to poorly conducted research is self-evident. How many #pwME have been harmed by the damaging recommendations of CBT, GET, Lightning Process & others?

Additionally, the use of inclusive diagnostic criteria are dangerous as well.  There are numerous accounts of people falsely diagnosed with ME (when they actually suffer from other conditions or just the symptom of fatigue) who then go on to state how they have recovered due to an increase in activity or some type of psychosocial intervention.  These accounts confuse the real facts of ME and give the wrong impression that this disease can be easily cured - if only the patients would take some easy steps for their recovery. Of course, all this plays into the government desired narrative.

This is why MEadvocacy will continue to advocate for the following:

-Advocate for the use of our experts’ International Consensus Criteria (ICC). (#MEICC)

And finally, MEadvocacy will continue to educate the public including exposing the governments’ continued malfeasance and misconduct regarding the lack of proper evidenced-based biomedical research, their promotion of the Bodily Distress Syndrome (BDS) myth, the refusal to adopt proper criteria (including use of bad criteria like IOM) and the overall pitiful attention and funding for ME.

What you can do:

Support organizations who back the experts’ International Consensus Criteria

Reject the narrative from the IOM that this is a “tired after shopping” disease.

Speak out when you see any indication that ME is the patient’s fault for not having right thinking or just needing to exercise more.

Together we can rewrite the narrative of what ME is and get the respect from our family, friends, and doctors that is afforded to every other serious debilitating disease.