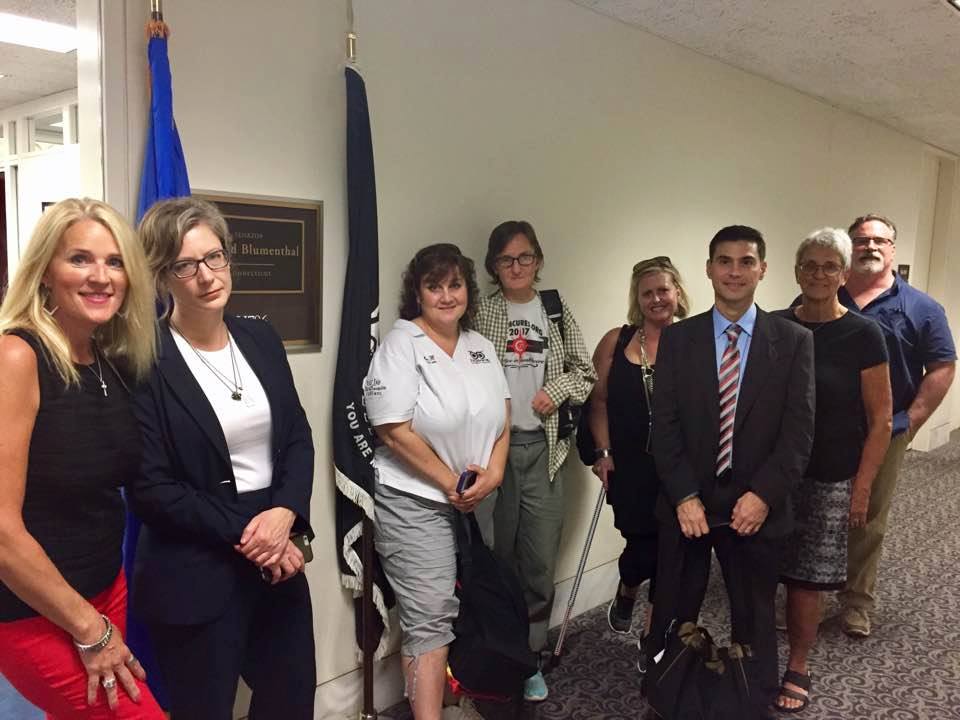 FOR IMMEDIATE RELEASEWashington, D.C., June 5, 2017Representatives of TruthCures are lobbying June 5-9th and meeting with Senate Judiciary Committee Members to turn over evidence and demand a hearing.

Patients and advocates are charging the USDOJ with failure to act on a whistleblower’s complaint of research fraud and falsification of information for personal financial benefit. Charge Sheets reveal fraud and racketeering within the CDC and private entities. The USDOJ was contacted in 2003 and still have yet to respond to the situation and prosecute the offending criminals.

The leaders from TruthCures/SASH (a group known as the Society for Advancement of Scientific Hermeneutics) state in their criminal charge sheets that there’s a common disease mechanism linking myalgic encephalomyelitis (ME), chronic fatigue syndrome (CFS), Lyme disease, Gulf War illness, fibromyalgia and autism.

Following the advice given by Jeff Sessions’ legal staff during the 2015 SASH lobbying efforts - TruthCures and SASH are now pursuing a hearing of the Senate Judiciary Committee to refer the Lyme Crime to the USDOJ for prosecution. This is the current mission.

Through a massive compilation of published scientific research and public-record documents, TruthCures and SASH, recognize the common mechanism of fungal-induced immunosuppression, known to the National Institutes of Health (NIH) as “Post-Sepsis Syndrome.” They report that such immunosuppression leads to the chronic reactivation of multiple viruses such as Epstein-Barr Virus (EBV), Cytomegalovirus (CMV), HHV-6 and opportunistic infections, leading to cancers and an AIDS-like disease. TruthCures further shares evidence that the interaction of fungi with attenuated viruses in vaccine vials causes the reactivation of those viruses and ultimately, the diseases they are meant to prevent.

The group’s primary charge is the USDOJ’s failure to take action on a whistleblower complaint that was filed in July 2003 by Kathleen Dickson, a former analytical chemist at pharmaceutical giant Pfizer. Her complaint that CDC officers, Yale University and others committed research fraud to falsify the current Lyme disease case definition (aka Dearborn) and the two-tiered testing in order to falsify the outcomes of the OspA vaccine (LYMErix), which was pulled from the market after an FDA ultimatum to the manufacturer.

The very same government employees who committed these crimes gained substantial financial rewards from a monopoly on all tick-borne diseases, vaccines and test kits. Additionally, their falsification of the Lyme disease case definition and treatment guidelines have left 85% of chronic Lyme sufferers unable to obtain diagnosis, treatment, or insurance coverage for their AIDS and cancer-like illness.

An abundance of scientific and historical evidence are presented in the charge sheets. Many of the citations refer to the criminals’ own peer-reviewed, published research papers and patent documents, to deny basic healthcare to an estimated 30 million sufferers in the United States.