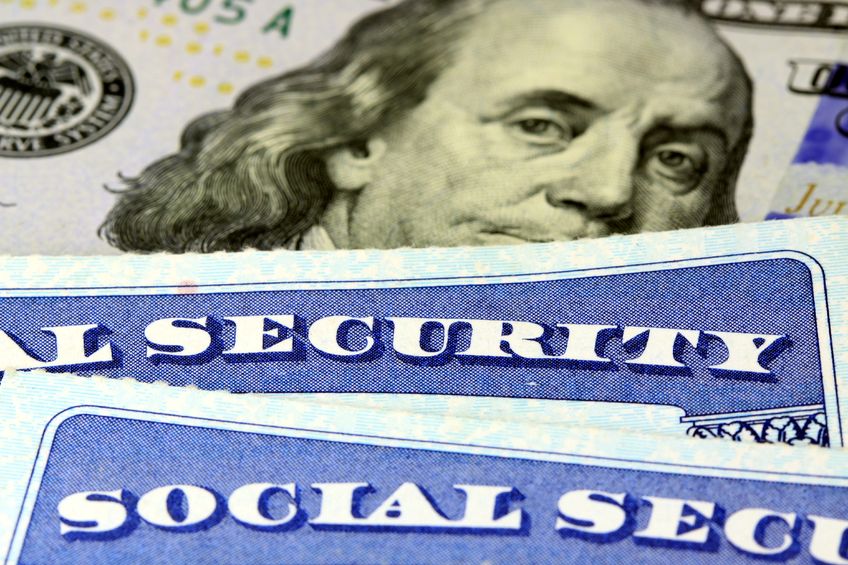 If nothing is done, the Social Security Disability Insurance (SSDI) program will become insolvent in late 2016, causing a 19% cut in an already meager payout.  This, of course, would be catastrophic for the 11 million people who rely on these payments, including many ME patients.

Shuffling Deck Chairs On The Titanic

The overall Social Security program is made up of two divisions, a smaller one for disability, and a larger one for old age retirement. Payroll taxes collected from those currently working are divided into two streams, one for SSDI and one for the retirement fund (also called the Old-Age and Survivors Insurance or OASI).

Since the 1970s, funds have been reallocated 11 times from SSDI to OASI and vice versa when either fund was in need. This worked fine when, overall, there was enough money to fully fund both. However, due to demographic and other factors, the overall program is projected to become insolvent in 2033. This is 18 years from now - not as far off as it might sound given the time it takes to roll out reforms.

While this coming crisis has been projected since 1994, the last time funds were reallocated, it is disconcerting that still nothing has been done about it. The SSDI insolvency crisis is just the first wave of insolvency of the entire Social Security program.

Why is SSDI Running Out of Money?

In February 2015, the Senate held a budget hearing on SSDI, which can be viewed on Youtube here:  https://www.youtube.com/watch?v=4t7CFMBIrl8

The committee reported that there are various factors contributing to the insolvency of SSDI. There have been an increasing number of people receiving SSDI while there is less revenue in payroll taxes coming in.

The aging Baby Boomers reaching the prime disability age (70% of disabled workers are age 50+) , and the increase of the number of women in the workforce (and therefore being covered by this program), have caused 1/3 of the increase. People living longer (therefore staying on the rolls instead of dying), and the increase in the age of retirement (shifting more people onto SSDI than retirement) have also contributed.

An additional factor is the new disease guidelines implemented in 1984, allowing disability payments for mental illness and musculoskeletal illness (back pain, depression and fibromyalgia are three often mentioned diseases in this category).  While heart attack and stroke have remained steady, the incidence in these new diseases has increased, accounting for a whopping 50% of the increase.

Note that many ME patients are misdiagnosed as having depression or fibromyalgia, in all likelihood making ME, although hidden, a significant part of this increase. The rates of chronic fatigue syndrome were not mentioned, but it is well known that rates for this disabling disease have increased dramatically since the 1980s.

Another factor contributing to insolvency is a loss of revenue from payroll taxes. On the demographic side, the Baby Boomers had less children, so there are less workers paying into the system. Where there used to be 17 workers contributing for every recipient, there are now only 3.

The increasing income inequality has also contributed to the problem. There is a cap for workers at wages of $118,000 a year. Those making more do not pay more into the system. As more people are making over this amount, revenue has decreased.

Another factor discussed was the economy. In bad economic times such as during the 2008 recession, more people apply for disability, as the ones with impairments are more likely to get edged out in a bad economy. However, there is an offsetting trend with Administrative Law Judges becoming more stringent and actually approving less people.

The Acting Commissioner for Social Security, Carolyn Colvin, stated that the only solution for the short term crisis is to let the allocation go through. Everyone present seemed to agree on this point.

Kate Lang, co-chair of the Income Security Committee of the Leadership Council of Aging Organizations (LCAO), a coalition of 72 national old age and retirement organizations, spoke on behalf of the disabled to make sure this drastic cut did not happen.

However, many Senators stated that while nobody wants to cut funding for the disabled, they will not let a reallocation go through unless there are also reforms to the SSDI program (and possibly OASI) to either cut costs or bring in more revenue or both.

The issue of fraud in the system was discussed. While nobody wants to deny deserving applicants benefits, it was discussed that fraud must be held in check so that funds are available for the truly disabled.

News reports from 60 Minutes and NPR in 2013 have left the impression that fraud is rampant in the system. These reports may have precipitated the insolvency crisis and the call to reform.

In these reports, Republican Senator Tom Coburn conducted an investigation where he pulled 300 claimants’ case files at random. His team found that 25% of all cases should never have been approved, and another 20% were highly questionable. Back pain, fibromyalgia and depression (all subjective, with no diagnostic tests) are a large part of these cases.

There has also been a marked increase in the number of claimants who use lawyers or representatives when they file a claim. In 1971 lawyers were used less than 20% of the time, today, it’s over 80%. If the claim is approved, the lawyer gets paid a fee by Social Security (currently up to $5000). Binder and Binder, a national chain of Social Security Disability representatives, is the largest company making money off the system.

Coburn’s investigation turned up an egregious case of a lawyer, Eric Conn, who had allegedly paid off an Administrative Law Judge, David Daugherty, and several doctors to get a 100% approval rate in over 1800 cases in the Huntington, WV area.

However, Commissioner Colvin reports that SSDI has several fraud measures in place, such as the Continuing Disability Review program, and that the incidence of fraud is actually extremely low. A study done by the Office of Inspector General reports only a few hundred cases of fraud - a very minimal amount, considering the size of the system.

In addition, the 60 Minutes and NPR reports have been criticized by organizations that advocate for and support people with disabilities nationwide. The myths and misleading statements in both reports have been discredited.

As of 2015, most of the claims against Conn have been dismissed. Earlier this year, Social Security cut off benefits to hundreds of his clients. Later they reversed this decision, but are now requiring Conn’s clients to reprove their cases.

There is also evidence that many people who are eligible for benefits are wrongfully denied, as 75% of denied claimants who continue working are unable to earn over the Substantial Gainful Activity amount. This shows a much greater incidence of wrongful denials than fraud in the system, and a giant hole in the social safety net which needs to be addressed.

Overall, it is incongruous that Congress is concerned about fraud in the system, yet they don’t fully fund measures to detect fraud. If they fully funded SSDI, they could easily and rapidly detect fraud, reject claimants who aren’t eligible and get truly deserving people their benefits in a timely manner.  Currently, it can take up to 2-3 years - a lengthy, confusing, arduous process - to get approved for benefits.

What is the Solution?

As far as solutions to the insolvency problem and overall reform, various schemes have been proposed.

Andrew Biggs, Resident Scholar at the American Enterprise Institute, noted that it’s much easier to keep someone working than to get them back to work once they’ve stopped. Once someone gets on SSDI, less than one half of 1% ever go back to work. The Ticket to Work program, which is available to claimants after they’ve been approved, has essentially been a failure. The Americans With Disability Act has also been a failure. There are actually significantly less disabled people working than before it was implemented.

Biggs proposed that work incentives, accommodations and rehabilitation prior to becoming fully disabled be implemented. The idea is to think of disabled people in terms of ability or residual work capacity, instead of incapacity.

On the revenue side, Senator Sheldon Whitehouse proposed simply raising the cap on who pays payroll taxes. This would increase revenue enough to keep the system solvent for many years.

The hearing didn’t come to any specific conclusions or decisions and it is clear that a lot more discussion and study will be needed, along with pilot programs to test out various ideas for reform.

I’m on SSDI - Should I Be Worried?

Bottom line, based on the way that Congress works these days, I would expect that the shortfall issue will not be resolved until the last minute. This is conveniently right around the time of the next Presidential election, making it likely to become an issue in this election.

In general, Republicans see the fund transfer restriction as a way to force necessary discussion on Social Security finances now instead of kicking the can down the road.

Democrats see the Republicans as exaggerating a sense of crisis to have another run at making cuts in Social Security.

However, there are enough long term Congress persons around who remember the radical cuts to disability done in the Reagan era, which was one of the most widely criticized policies of that administration. It is unlikely that politicians would repeat that mistake.

Any reforms would likely be incremental changes, tested first in pilot programs, then rolled out over several years. Those already receiving benefits probably wouldn’t notice any changes except possibly more frequent reviews. Those who are already in the application process, but not yet approved, wouldn’t notice any changes either, as they would apply only to new applicants.

As far as ME patients are concerned, it would make a lot more sense to fund ME biomedical research at $250 million per year, than to allow up to 87% of them to become disabled due to no treatment.

The average person becomes disabled in their fifties and is awarded a lifetime total of $300,000. Many ME patients become sick at a much younger age than that, making the lifetime payout much larger. Multiply that by the large number of ME patients and you can see where funding research really makes a great deal of fiscal sense. These facts should give ME advocates more ammunition to press NIH for appropriate funding for the disease.