Rotary Considers Adoption of ME 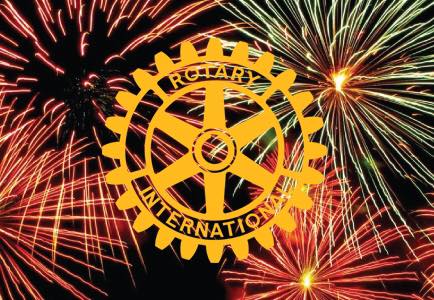 Due to the hard work of Jim and Pam Lutey, Rotary International Board is considering a proposal to encourage research, education and funding for myalgic encephalomyelitis/chronic fatigue syndrome (ME/CFS). MEadvocacyOrg appreciates the advocacy efforts of the Luteys who initiated this proposal through their local Rotary in Colorado. Read about the proposal and what adoption by Rotary could mean for ME patients.

MEadvocacyOrg advocates for recognition, definition and research for ME as defined by ME experts, for use of the term myalgic encephalomyelitis and rejects the confusing term ME/CFS.

Unfortunately, since 2015, “ME/CFS” in the US has been used to refer to systemic exertion intolerance disease (SEID) which encompasses patients not directly related to the disease seen in the outbreaks that led to the label ME. This has caused harmful confusion about ME. Because of this confusion MEadvocacyOrg only uses the term ME.

This Rotary resolution recognizes the close connection to various enteroviruses which are a suspected factor in ME, as referenced in the International Consensus Criteria (ICC), including the polio virus which is also a type of enterovirus.

MEadvocacy views ME/CFS in this resolution as referring to the CCC which was written by many of the same experts who wrote the ICC and the International Consensus Primer.

To request the RI Board to consider collaborating with those working on myalgicencephalomyelitis/chronic fatigue syndrome research - Proposer(s):  Rotary Club of Greeley-After Hours, District 5440, USA. Endorsed by District 5440 through an annual district conference, Gering, Nebraska, USA, 18 May 2019.

“WHEREAS, the virus that often triggers myalgic encephalomyelitis/chronic fatigue syndrome (ME/CFS) is closely related to the virus that causes polio, and

WHEREAS, an estimated 15 to 30 million people worldwide, predominantly women, have ME/CFS, and

WHEREAS, government and organizational funding for research and education to recognize and treat ME/CFS is woefully inadequate

IT IS RESOLVED by Rotary International that the Board of Directors of Rotary International consider using the vast knowledge and resources Rotary has already developed and implemented to eradicate polio for the support of, encouragement of, and collaboration with those working to fund myalgic encephalomyelitis/chronic fatigue syndrome research and education. (End of Text)

This resolution would leverage Rotary’s worldwide reputation and expertise on polio eradication to raise awareness of the need to educate the public and medical practitioners on the importance of treating and ultimately finding a cure for those suffering from ME/CFS.

If implemented, this resolution would have a financial impact on RI which cannot be determined at this time. Cost would be dependent on the scope and extent of support provided by the RI Board for collaborating with those working on ME/CFS research.”

Note: An earlier version has been circulated and posted in other articles. This is the updated official version.

What is Rotary International

“Rotary is a global network of 1.2 million neighbors, friends, leaders, and problem-solvers who see a world where people unite and take action to create lasting change – across the globe, in our communities, and in ourselves.” https://www.rotary.org/en/about-rotary

Jim’s wife, Pam, developed ME in December 2016. Since then they have been researching the disease. In August 2018, Jim made a powerpoint presentation to his Rotary club (Greeley After Hours, Colorado) about ME. In Jim’s own words:

“I am a Rotarian and when I was with the Greeley After Hours Rotary Club in Greeley, Colorado, I proposed a resolution in September 2018 that our board of directors and club members supported. I then worked with our Council on Legislation designate (Mike Forney) for our Rotary District 5440 (Wyoming, part of Idaho, part of Nebraska, and north central Colorado). We worked on a resolution in March and April 2019 that was presented at a District 5440 Conference in May 2019.

Rotary club delegates at the conference unanimously voted to approve the resolution at their business meeting. Then, the resolution was submitted from our District Governor (Chuck Rutenberg) to Rotary International in early June 2019. Resolutions submitted by Rotary clubs and districts will be voted on by each Council on Resolution delegates from 535 districts worldwide between October 15 and November 15, 2019. If the Rotary resolution is approved by these delegates, then it goes to the Rotary International (RI) board of directors for consideration.  We have come a long ways to get it to the RI level, but a couple more hurdles to go.” ~ Jim Lutey BREAKING DOWN THE RESOLUTION

WHEREAS, the virus that often triggers myalgic encephalomyelitis/chronic fatigue syndrome (ME/CFS) is closely related to the virus that causes polio, and

Many respected doctors and researchers over the years have pointed to the connection between ME and non-polio enteroviruses.

“Clinical, laboratory, and epidemiological data support the suggestion that ME is a complication in non-immune individuals of widespread subclinical NPEV [non-polio enteroviruses] infection.”

“It appears highly likely that the vascular cuffing phenomenon arising from enteroviral infection in poliomyelitis and it’s associate ME in the early part of the last century remains alive and well in the world today with the latter enjoying the benefits of being overlooked or conflated with the nonsensical CFS definitions and their offspring by the general medical profession.”

WHEREAS, an estimated 15 to 30 million people worldwide, predominantly

women, have ME/CFS, and

While there is a great deal of controversy about the number of people affected by ME, MEadvocacyOrg has stated that there are 1 million affected in the US and 17 million worldwide for several years which also includes children and men. Until the confusion about diagnosis is resolved, these prevalence numbers are recognized as a reasonable guess based on studies done around the world.

WHEREAS, government and organizational funding for research and education

to recognize and treat ME/CFS is woefully inadequate

Everyone in the ME community agrees that more education is needed and the current approach to funding ME research is woefully inadequate.

NOTE: The IC Primer lists several other possible infectious agents associated with ME including enterovirus, epstein barr virus, human herpes virus (HHV 6 and 7), cytomegalovirus, parvovirus B19, as well as bacteria such as chlamydophila pneumonia, mycoplasma and coxiella burnetii.

How Could This Impact Patients

“Our members combat diseases like malaria, HIV/AIDS, Alzheimer’s, multiple sclerosis, diabetes, and polio. Prevention is important, which is why we also focus on health education and bringing people routine hearing, vision, and dental care.”

Getting this same kind of attention directed at pwME would have a profound societal impact.

Even if the proposal does not go through, this is a unique opportunity to educate millions of Rotarians about the devastating nature of ME. This is an avenue to help the wider community see that ME requires similar research and support given to other diseases like polio, AIDS, MS, etc. Rotarians have the ability to bring the invisible into the spotlight.

For more information about the possible role of enteroviruses in the pathology of ME, please see the following websites: