P2P – Sold Down the River in a Canoe With No Paddles 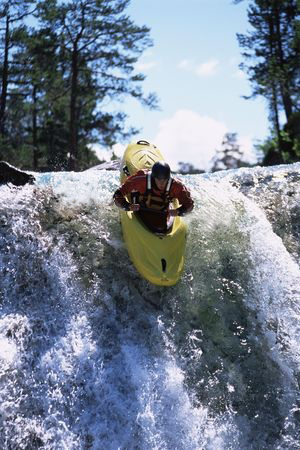 I was not surprised when many patients expressed relief, even so far as to be pleased, with the outcome of the National Institutes of Health Pathways to Prevention for ME/CFS Draft Report (commonly referred to as the P2P). After all, far from recommending graded exercise therapy (GET), the panel regarded it as possibly harmful. As for cognitive behavior therapy (CBT), it hardly received a resounding endorsement, going so far to say that it doesn’t improve quality of life.  Neither CBT nor GET were recommended as primary treatment strategies.  Our worst fears were waylaid by this panel of non-experts. “They heard us,” we cried.  But don’t be fooled.

This is a carefully crafted political document.  If your alarm bells didn’t ring at the five mentions of “self-management” in the Draft Executive Summary, then the myriad ways the authors stated the psychological:  major depressive disorder, biopsychosocial parameters, multimodal therapy, mind-body connection, anxiety, and fear surely should have gotten your attention.

“ME/CFS exists.” Here is a definitive sentence coming from our health care bureaucracy affirming what we’ve known for 30 years. How profusely can we thank them!?  I, for one, felt more patronized than thankful.  We don’t need empty words; we need money and action, neither of which was promised in the report.  With words like “finite resources,” “palliative care,” and “cost-effectiveness of treatment studies,” I’m afraid the status quo will prevail despite or in spite of the P2P Report.

Compared to the year-long hard work of our online activists and advocates and the very small changes to the content of the original report, making critical comments during the comment period is likely to bring about only incremental change at best. However, we don’t have to accept any of this!

We deserve better than this P2P report. Myalgic Encephalomyelitis (ME) deserves to be recognized as its own distinct disease (separate from chronic fatigue syndrome (CFS)), with a true ME definition that includes post exertional relapse as the hallmark symptom. We deserve federal research funding commensurate with similar diseases such as multiple sclerosis (MS) – a far cry from the measly $5 million “ME/CFS” is getting now.

The National PR Campaign for ME, brought to you by MEadvocacy.org, is starting in January. We are taking our message about ME to the American people and policy makers in Washington with a six month sustained campaign. Our goal is to be in major newspapers, in important blogs, on radio, and on television, such as the national morning shows.

We're fundraising as we go along; we're currently fundraising for February with a goal of an additional $5000 reached by mid-January. Let's keep the momentum going! Please donate!

Learn more about the National PR Campaign for ME, and donate, here: https://meadvocacy.nationbuilder.com/donatepr