Misinformation About a Disease Has Dire Consequences 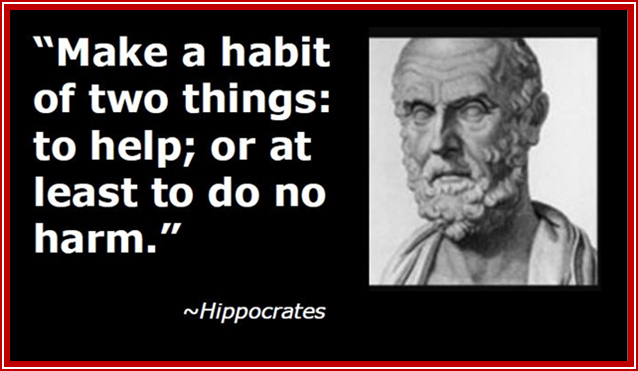 Many look to our ME and CFS clinicians to transform into white knights coming to the rescue of a very neglected and mistreated patient population. More specifically, to take up the battle to confront the biased government institutions.

We suspect politics are at play, and understand many of the well-known clinicians have become reliant on government funding or fear government retribution. How do they fight without losing their ability to run their clinics? Can they strongly speak out against the government and stop perpetuating the inaccurate institutional bias causing neglect and harm? Especially when these are taught to the thousands of doctors and medical professionals.

We are grateful for the researchers and clinicians who have not been biased and have worked hard in our community to do research and treat patients in this hostile climate.

Misinformation at the CDC Grand Rounds

There were four speakers at the meeting: Dr Charles Lapp, Dr. Elizabeth Unger, Dr. Anthony Komaroff and Dr. Avindra Nath. For this blog we will concentrate on Dr. Lapp’s presentation.

MEadvocacy initiated and delivered a petition to the National Institutes of Health (NIH) and Centers for Disease Control (CDC) for a cancellation of the intramural NIH study as presented on the NIH website (see archived link) and for the cancellation of Dr. Nath’s presentation to the CDC Grand Rounds.

MEadvocacy and the 725 signers of the petition wanted to avoid misinformation being disseminated to the medical professionals listening to the presentations.  Had we known about the content of Dr. Lapp’s intended address about the disease, we would have called for a boycott of this as well.

One has to think that Dr. Unger, Chief, Chronic Viral Diseases Branch at CDC, who headed this meeting, was very well aware of the content of Dr. Lapp’s speech. This is deeply concerning. We are not sure how many medical professionals actually attended this meeting but, we were told it would be in the thousands. Because this presentation is now available for viewing by anyone, that number could reach tens of thousands of doctors.

Teaching flawed information to thousands of medical professionals is alarming and has dangerous consequences for patients who rely on their physicians to be informed.

Lapp’s presentation included the following which are misguided and misleading to viewers:

ME experts have created an International Consensus Primer for Medical Practitioners (ICC) that covers diagnosing and treatment. The CDC should disseminate this material.Advocates and patients who have been following the CDC’s website data are appalled that outdated and harmful education information still appear on the website. CFSAC voting members recommended its removal long ago!

CDC’s website contains too much emphasis on fatigue and recommendations for the harmful treatments of GET and CBT. Statements like “stabilize and improve over time” and “as tolerance develops” have doctors expecting patients to “recover” if they do CBT and GET. This is a false narrative for too many patients.  Doctors have been known to blame the patient for not improving despite the patient doing everything the doctor has asked.

Multiple statements on the CDC website mislead doctors to believe that tolerance to activity will develop in all patients.  In many cases tolerance to activity never develops.  Patients learn to live inside a limited envelope of activity.  The most severe are limited to existing in darkened rooms with minimal contact with the outside world.

In addition, more misinformation appears on CDC’s website with their continuing medical education (CME) courses, despite CFSAC’s recommendation to have these removed.  One of these educational videos for medical professionals from 2012 show Dr. Lapp, Dr, Bateman and Dr. Komaroff  (here, free registration for Medscape needed).

In the video, a discussion ensues in reply to Dr. Komaroff’s question whether patients are better off receiving a diagnosis (27:43):

Dr. Komaroff: "Now I think that's, I agree with both of you, I would say on occasion I've seen a patient where I worried that maybe getting the label had made them less functional. They, they now seem to not be as active, as socially uh involved as they had been before. And there is a threat theoretically of labeling, but most of the patients are so glad to, to hear a doctor say I know what you have, I wish I knew what caused it and I wish I had a perfect treatment, I don't, but I think I will be able to help you with the symptoms of this illness."

Dr. Lapp: “Were you referring to illness behavior Dr. Komaroff? The, uh, if, if someone gets a label like chronic fatigue syndrome, um, they start behaving like they should be ill or, or trying to meet the diagnosis.”

Dr. Lapp: “And I suppose that's possible, but I mostly see that where there are disability issues involved where the insurance companies and to a lesser extent, say Social Security, requires that the patient have a certain level of illness and unable to work and so they try to meet that goal and to, uh although that's not a major problem in my estimation.”  [verbatim transcription]

Dr. Komaroff worries about patients “seeming” to be less active because it’s theoretically possible (because CFS is considered to be psychosomatic).

This makes it sound like a) the disease is not that serious, b) some patients will become less functional because once they are labeled they are too focused on their symptoms which then results in a psychological worsening of symptoms and c) patients are purposefully malingering to get on disability so they can have a free ride.

This is inappropriate. This sort of thing would not be discussed for cancer, HIV or multiple sclerosis. Discussions about illness behavior are common for diseases they think are at least partially psychosomatic and have no place in a teaching video about ME.

Is it surprising then that NIH picked Dr. Walitt (see Jeannette Burmeister’s great analysis of Dr. Walitt here) for their intramural study on post infectious CFS?  The more you dig into several of the co-investigators, you find similar theories of CFS being a psychosomatic illness.

This psychosomatization of the disease has caused immeasurable harm to ME patients.  It is disappointing that Dr. Unger, who oversees ME/CFS at the CDC, is the cause of much of the misinformation and thereby the cause of medical abuse.

Dr. Unger: “Just let me say that I, I think, um, there has never been any doubt in the CFS program at CDC that there is a biologic basis for this illness. Um, and I think it's, it is not code speak in our mind if we talk about  psychosomatic illness, it is a reflection of the mind/body connection. Um, and, I think that is one of the, the things our society does not do a good job of understanding - there is a mind/body connection. And when you start, um, understanding how people respond to their illness, and, and how their illness affects them, it is a circle.” [verbatim transcription]

This sort of thinking matches the biopsychosocial model of CFS popular in Britain: that at one point the patient was actually sick with a biological disease, such as a viral infection, but now, they only think in their minds that they aren’t able to do activities like they could before. Therefore, with the aid of cognitive behavior therapy and graded exercise, they can be coaxed out of their “false illness beliefs” and become recovered.

Once again, this is inappropriate. This sort of thing would not be discussed for diseases which are thought to be purely biological, only for diseases they think are at least partially psychosomatic.

Note that Dr. Unger is also part of the new NIH study on ME/CFS.

For an example of how a psychosomatic bias harms patients, see the tragic story below: the result of medical misinformation and abuse. Unfortunately, this story is not unusual for ME patients.

During the anniversary week of Chardale Dotson Irvine’s death on Feb. 20, 2015 (officially declared on Feb. 22), Walter Irvine is honoring his wife by sharing her last testament.

She desperately wanted him to share her story, to advocate for recognition of the disease myalgic encephalomyelitis [ME] in the USA, and raise research funding specifically for ME.

“My onset was February 7th, 1996. I was not able to acquire specialty treatment until September of 2014.  Thousands and thousands of dollars spent on tests over the years. Hundreds of abusive doctors, predatory doctors, and inappropriate medication regimes...

It’s common for it [ME] to be transferred from one family member to the other. Although they haven’t found a pathogen and so they understate this and act as if they don’t know, but they do.

I have proven reactivated Epstein-barr at this moment, Coxsackie A & B and disseminated herpes simplex 1. These are the active viruses that we know about. There are probably other things going on. These are the testable ones that we have right now and nobody cares. And nobody cares that my husband acquired this as well. NOBODY CARES.

So here’s the wake up call people.  My life mattered, and it matters.

I brought three beautiful kids into this world. Amazing people. And 7 grandkids, 2 stepkids... I want them to have a better life. I want them to be treated with compassion and respect. And I want them to know that I didn’t crawl into a corner and die.

I went out with a message. I went out demanding that people with myalgic encephalomyelitis get treatment and care and that research money go towards them....”

[transcription by and emphasis added by Tracey Smith]

Please note: *The article has been updated with verbatim transcriptions from the two videos. All blogs are a composed effort by the Advisory Group irrespective of the name appearing on the byline.