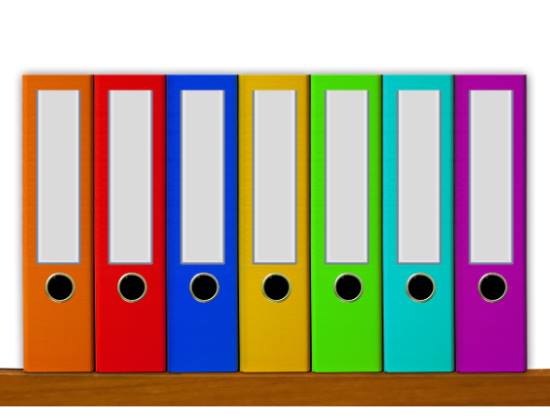 The CDC’s program specialist for ICD-10 Coordination and Maintenance Committee would not defer the Nov 13, 2018 due date for comments on the proposal to move CFS to the same umbrella heading as ME and the addition of a new code for SEID under the same heading as well - Other disorders of the brain.

In an effort to protect patients with ME from being harmed by improper classification, MEadvocacy Advisory Committee has submitted a comment opposing this change. We urge all patients and advocates to email C&M Committee to voice the concern that ME patients are not well served by this change.

As previously reported in our blog SEID Classification Usurping ME Must be Stopped, the CDC/NCHS has proposed changing the US International Classification Disease (ICD-10-CM) codes for myalgic encephalomyelitis (ME) and chronic fatigue syndrome (CFS) and adding a new code for systemic exertion intolerance disease (SEID).

MEadvocacy Advisory Committee contacted the office responsible for handling this proposal requesting a deferral. This was reported in our blog Deferral Needed for Proper ICD Proposal Evaluation

No decisions are made during the meeting nor during the public comment period.

The comment period, which commenced following the end of the ICD-10 Coordination and Maintenance Committee meeting on Sept. 12, 2018 remains open until the deadline of November 13, 2018.

All stakeholder comments will be reviewed and the disposition on each proposal will be determined, including the possibility of deferments.

As no deferral on this matter is being granted, MEadvocacy Advisory Committee, with help from consultant Jerrold Spinhirne, has composed and submitted extensive and detailed comments opposing the following proposed changes.

You can read the full comment MEadvocacy submitted to NHCS here.

Some Points Made in the Detailed Comments Submitted to NCHS

ME should remain in its current classification G93.3 under G93

We agree with the proposal that ME should remain where it is currently classified under the G93 heading - Other disorders of the brain - as G93.3, which is the same classification the World Health Organization (WHO) found ample evidence for since 1969.
But, if the proposal to change the heading to “and related fatigue syndromes” and classify SEID as well as CFS at G93.3 is accepted, we recommend moving ME to G04.81  Other encephalitis and encephalomyelitis with a new code of G04.82

The word “benign” should be dropped because “benign,” in the sense of “not harmful in effect” is inappropriate for ME which renders its sufferers severely disabled.

CFS should remain in its current classification as R53.82, under R53.8 - Other malaise and fatigue.

There is no new scientific evidence for the proposal to move CFS from its current classification - R53.82, under R53.8 - Other malaise and fatigue to the proposed heading alongside the distinct neurological disease ME, under the heading G93 - Other disorders of the brain.

CFS has been defined by the Fukuda criteria since 1994 which is a diagnosis of exclusion and characterized by fatigue - selecting a diverse group of people. CFS with its less specific, non-neurological CFS criteria does not qualify for the disorders of the brain section.

Additionally, CFS has never been listed in the tabular volume, the one with the codes, of the WHO ICD under any classification. There is no substantial new scientific evidence to mandate that change, and allowing CFS now to be classified otherwise would require a new case definition for CFS.
Also, the reclassification of CFS is a somewhat moot issue now because, since July 2017, the CDC has replaced the Fukuda diagnostic criteria for CFS with the IOM SEID criteria.

SEID should not currently be classified in the US ICD-10-CM.

The IOM authors recommend in their report Beyond ME/CFS: A new code should be assigned to this disorder in the International Classification of Diseases, Tenth Revision (ICD-10), that is not linked to “chronic fatigue” or “neurasthenia”.

However, since the cardinal symptom of SEID is 6 months of impairment “accompanied by fatigue,” - as it is in CFS (but not ME) it is unclear why the IOM report authors would request a new ICD-10-CM code not linked to chronic fatigue and why the proposal was requested.

The new SEID criteria have not yet been validated by independent research as a diagnostic entity. Nor can past research based on the more specific Fukuda and Canadian criteria be applied to SEID because the IOM criteria select an expanded and significantly different patient group.

Therefore, it is premature for the IOM SEID criteria to replace the Fukuda CFS criteria on the CDC website before being adequately validated by independent research and it is premature to classify SEID in the US ICD-10-CM at this time.

The heading of G93.3 should remain as before - Postviral

The other three diagnoses under the new umbrella term – SEID, PVFS, and CFS – are all based on the symptom of self-reported chronic fatigue.  PVFS includes “postviral” in the name, but SEID and CFS need not have a confirmed preceding viral infection for diagnosis. This makes SEID and CFS “related fatigue syndromes” only.

The ICC authors recognized, as did previous ME experts, the probability that persistent viruses play a role in the etiology of ME:

“A growing body of evidence suggests that a primary cause of ME is neuropathic viruses that may infect neurological and immune cells and damage the capillaries and micro-arteries in the CNS bed causing diffuse brain injury.
The initial infection may cause profound dysregulation of immune system pathways that may become chronic or cause autoimmunity even when the level of the infectious agent is reduced.”
(IC Primer page 2)

Also, it is incorrect to consider ME a “related fatigue syndrome.” As stated, self-reported fatigue has never been a required symptom for the diagnosis of ME.

CDC website is now misleading doctors into seeing the ICC as a historical criteria. It has replaced the Fukuda CFS criteria with the new IOM criteria.
This criteria does not diagnose ME so there is no rational basis for the CDC to include the ICC among the three sets of criteria on its webpage forformer criteria, all replaced by the IOM criteria.

See“Understanding Historical Case Definitions and Criteria.” (CDC, 2018) And it is also misleading of the CDC website to redirect people searching for myalgic encephalomyelitis to their chronic fatigue syndrome webpage.

Summary of the Comments Submitted to NCHS

In summary, there is no new compelling evidence that CFS is now a neurological diagnosis after 30 years of being classified as an ill-defined condition. CFS is still diagnosed using the same Fukuda criteria that select a heterogeneous group of patients and exclude any recognized neurological disorders with similar symptoms, by definition.

Research on Fukuda CFS showing neurological involvement or abnormalities is done using undefined subsets of CFS which can’t be considered representative of the heterogeneous CFS diagnostic group as a whole.
Also, CFS research subjects are rarely screened for ME.ME research subjects mislabelled as CFS may influence the results in what appears to be a CFS study.

CFS also cannot be considered to be postviral because a preceding viral infection is not required for a CFS diagnosis using the Fukuda criteria nor the SEID criteria. Evidence of a viral infection preceding and associated with the development of a prolonged fatigue syndrome would indicate possible PVFS, rather than CFS or SEID.

No new biomedical research was done as part of the IOM report. Neither can the IOM report be said to apply to CFS, but only to a newly hypothesized systemic exertion intolerance disease, SEID, diagnosed using four self-reported symptoms, which has not been validated by independent research.
Therefore, there is no new compelling evidence, based on the IOM report, to confirm CFS as a neurological disorder of the brain classifiable under G93.3.

For purposes of classification, SEID also has not been shown to be a neurological disorder, or even a valid diagnostic entity appropriate for inclusion in ICD-10-CM under any classification.
It is, therefore, premature to list SEID, named only in 2015, in ICD-10-CM. ME was named and described in 1956. It was another 13 years before “Benign myalgic encephalomyelitis” was entered in the WHO ICD in 1969.

WHO ICD policy is, as cited in the IACFS/ME proposal, “[I]n the absence of compelling evidence mandating a change, legacy should trump with regard to the question of moving certain conditions to new chapters.”
Because there is no new valid evidence that either CFS or SEID are neurological disorders requiring changes to ICD-10-CM, we reject the proposed modification of the existing ICD-10-CM.

MEadvocacy’s full comment responding to the proposal to give CFS, SEID, and ME new ICD codes can be found here.

Expected Consequences of the Proposed Changes

Send comments objecting to this proposed change to: [email protected]
by close of business on November 13, 2018.

Submissions can be sent in an e-mail or an attachment to that email. (CDC is eastern time zone in the U.S.)

The material in this blog can be used by anyone who wishes to object to these ICD code changes.
You can also send an email along with our comments as a pdf as attachment and state you endorse MEadvocacy comments.

Sign the #PwME4ICC petition asking US Health and Human Services to adopt the International Consensus Criteria. (Anyone in the world can sign).

Watch for MEadvocacy Facebook posts, tweets and emails for next steps in having ME recognized, diagnosed and researched.

Regarding the proposed U.S. diagnostic code changes for ME, CFS and the addition of a code for SEID (Systemic Exertion Intolerance Disease) by the CDC (Coordination and Maintenance committee) which was presented on Sept. 12, 2018.

This topic was not part of the agenda for that meeting and ME stakeholders only found out about it two weeks later.

The ME community was not notified ahead of time or involved in the drafting of the proposal. I reject the proposed modification of the existing ICD-10-CM.

I agree with the comments submitted by MEadvocacy.org which can be found here:

Regarding the proposed U.S. diagnostic code changes for ME, CFS and the addition of a code for SEID (Systemic Exertion Intolerance Disease) by the CDC (Coordination and Maintenance committee) which was presented on Sept. 12, 2018.

This topic was not part of the agenda for that meeting and ME stakeholders only found out about it two weeks later.

The ME community was not notified ahead of time or involved in the drafting of the proposal. I reject the proposed modification to the existing ICD-10-CM.

Note: Difference between example 1 and 2 -
Example 1 includes link to MEadvocacy’s submission document and example 2 does not.