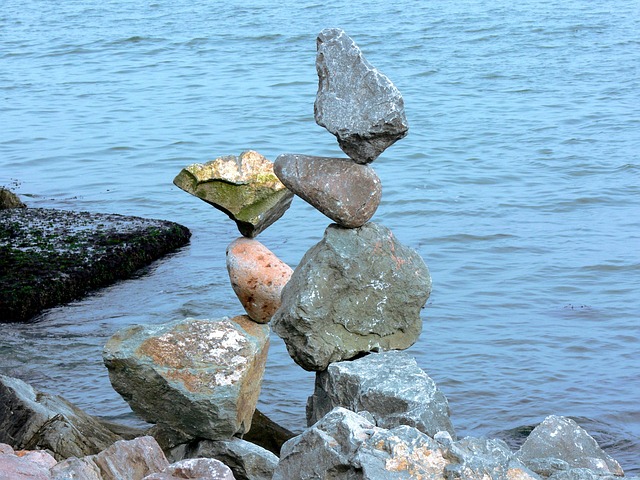 MEadvocacy.org was formed last year with the purpose of promoting and supporting advocacy efforts for the disease Myalgic Encephalomyelitis (ME).  At its inception, organizational goals and certain campaigns were outlined, chosen and adopted.

MEadvocacy.org was set up in support of the name Myalgic Encephalomyelitis (ME) and the use of the expert authored CCC or ICC.

MEadvocacy.org challenged the U.S. government-sponsored IOM, P2P and the CDC multi-site processes. We opposed the spending of one million dollars of our tax-paying money in a process to redefine, rename and rebrand the disease when good criteria created by international experts and a historical name already existed.  We opposed the lack of government transparency as well as the poor stakeholders’ participation in these processes.

In January of 2015, thanks to the community’s support of a successful funding campaign, MEadvocacy.org successfully hired the P.R. firm Crowds on Demand.  The P.R. firm has been busy initiating various projects such as arranging for radio interviews, facilitating media contacts, and providing representation at the Congressional Inauguration.

The P.R. firm had a spokesperson speak on our behalf and deliver questions at the IOM Meeting on February 10th, 2015.

The IOM report was “rolled out” on February 10th and was followed by a deluge of media coverage organized by the IOM.  The report was made available in advance to Health and Human Services (HHS) and members of the media. ME stakeholders, clinicians, researchers, patients and advocates were kept in the dark until the official reveal.

The advocates who advise MEadvocacy.org reviewed the IOM report, the diagnostic criteria and the new name, Systemic Exertion Intolerance Disease (SEID).  We compared the results with our stated mission and came to the conclusion that the criteria and name did not meet up with our original goals.

The IOM criteria are overly broad and lack essential exclusions.

We found inadequacies in the core criteria. For example, pain was left out because myalgia, headaches and pain are not unique to SEID since they are found in many other chronic diseases. However, fatigue was chosen as the primary symptom,  although it is a common symptom in many acute and chronic illnesses.  Placing fatigue in the top line of the “diagnostic algorithm” puts fatigue back as the primary focus.

The inclusion of post-exertional malaise (PEM) as a mandatory symptom is important and very welcome.  The recommended two day CPET exercise test can be useful for demonstrating an abnormal response to exertion in patients but it also can be dangerous to some patients. Therefore making this untenable as a biomarker.

Research has shown that ME is a neuro-immune disease. There are definitive findings of neurological and immune dysfunction.  It is highly disturbing that symptoms of neurological impairment do not appear as a core symptom.

The panel found some immune dysfunctions such as NK cell cytotoxicity.  Nevertheless, they decided that it was not specific to SEID, and excluded it from the criteria. Yet, they included Orthostatic Intolerance (O.I.) as a choice of symptoms even though it is clearly not specific to SEID.  O.I. appears in many diseases such as Parkinson’s, Addison’s, diabetes and more.

The report fails to list tests that many specialists currently find valuable, such as Viral panels and NK Cell Function values.  This omission may cause insurers to refuse to cover such tests, saying they are unnecessary.  Experts use these tests to help determine if treatments like antivirals and immune modulators might help specific patients. The omission of the recommendation to administer these tests and possible treatments is a consequential one.

MEadvocacy.org stated from the start that we believe the name Myalgic Encephalomyelitis, as coined by Dr. A. Melvin Ramsay, is the name that we adopt.  In addition, SEID does not properly convey the seriousness of the disease.

One of the failures of the IOM report has been that it did not clarify the key question, which disease is SEID replacing?  Mary Dimmock wrote a guest blog on Jennie Spotila’s site in November 2013, titled “Which Disease is HHS Studying?”  In her blog, Mary communicated the reply that she received from HHS to her question:

"Both Dr. Lee and Ms. Meck said that the scope of disease to be covered by the new clinical criteria has not been specifically defined at this point and that this will need to be defined as the process goes forward.

Dr. Lee indicated that the panel itself would need to resolve this issue and that possible outcomes could be ME as a subgroup of the broader CFS, ME as part of a spectrum that includes these other conditions, or ME as a separately defined disease. Ms. Meck indicated that HHS would be asked to clarify what scope of disease was intended at the first meeting. I raised the concern with Ms. Meck that the scope of disease directly affects panel selection and evidence base selection, but she felt that the panel and process would be able to adjust as needed."

The IOM report did not tackle this crucial question and did not provide a clear answer as to which disease they are replacing. In addition, Dr. Lucinda Bateman, in her comment on the IOM report for the ME Global Chronicle, stated, “I don't recall anything in the IOM report that states the term Myalgic Encephalomyelitis, or ME, cannot be used to describe someone who meets published ME criteria. The recommendation is stop using ME/CFS.”

MEadvocacy.org is interpreting Dr. Bateman’s statement to mean that ME criteria could be used along with the name Myalgic Encephalomyelitis (ME) as officially recognized under the ICD-10-CM code G93.3.

The following are failures of the IOM report, some due to the charge by HHS to the IOM for the study on ME/CFS.

For the reasons outlined above, MEadvocacy.org came to the conclusion that we cannot recommend the IOM criteria or the SEID name. After much consideration, we decided that the plan for MEadvocacy.org going forward is to stay the course with the original goals, retaining the name Myalgic Encephalomyelitis (M.E.) as per 2015 ICD-10CM diagnostic code 93.3, and continuing to support ME criteria such as CCC or ICC which have been authored by a majority of our M.E. experts, clinicians and researchers.

Additionally, MEadvocacy.org will continue with its commitment to advocate for awareness of the severe ME patients, as well as for the promotion of research into these patients. We will focus on campaigning for funding for research commensurate with other severe chronic illnesses like M.S. and Parkinson’s.

Since the unveiling of the IOM report, the community has had highly diverse opinions of the result.  Some were vocal with their approval and welcomed the changes that were recommended.  Some agreed with most of the report but felt that it would need some changes before it was something that they could endorse.  Some rejected this as a flawed government-controlled redefinition and rebranding effort.

This split in the community has caused a lot of contention and confusion.  Some initial supporters of MEadvocacy.org expected MEadvocacy.org to change its position due to their own perception of a better-than-expected report. Others have expressed their support with MEadvocacy.org's position and want them to continue with their stated view. All factions are looking at this with their own thoughts and expectations, each believing that their view is more sensible and will better serve the community.

We regret if there was a misunderstanding of what MEadvocacy.org represents. Our hope in writing this article is to clarify our stand, one which has not wavered since the start. We are confident that many in the community share our thoughts and goals.