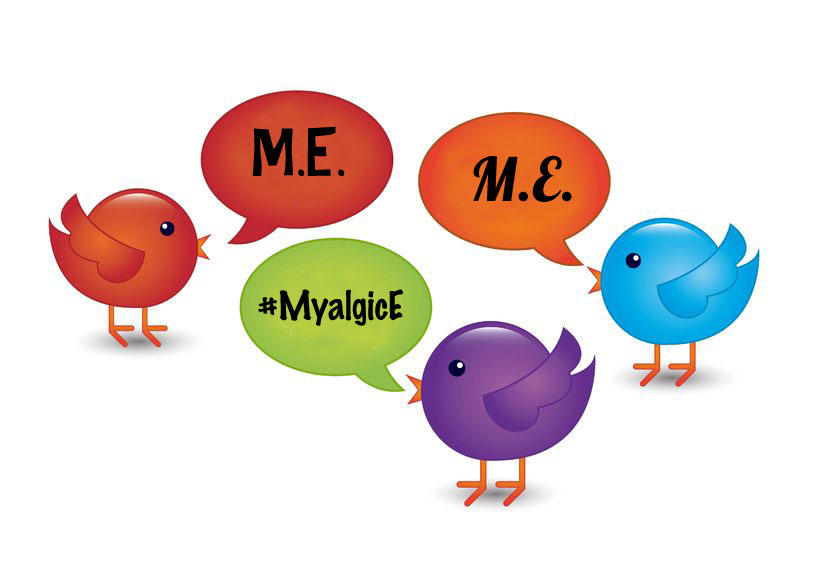 The National PR Campaign for Myalgic Encephalomyelitis (M.E.) has begun. Many thanks to everyone who has donated to make this a reality! We have hired the public relations (PR) firm, Crowds On Demand, to manage a PR campaign on behalf of ME patients who are too disabled to protest for themselves in an effective way.

We aim to start a national dialogue and get ME and its issues on the radar of the general public, patients, doctors, researchers and our policy makers in Washington, D.C.

This is the first in a series of articles focusing on each of our talking points. This week - getting ME recognized as it's own distinct disease. Future articles will cover getting a true ME definition, and increasing federal funding for ME research.

We are asking for ME to be officially recognized as its own distinct disease in the US, along with a true ME definition. Note that this is quite different than simply changing the disease’s name from CFS to ME. We want ME separated from chronic fatigue syndrome (CFS).

ME was characterized by Dr. Melvin Ramsay in 1956 to describe a series of epidemics, first appearing at the Los Angeles County Hospital in the 1930’s.

Since 1969, ME has been listed under “Diseases of the Nervous System” in the World Health Organization International Classification of Diseases (WHO ICD), current diagnostic code, G93.3. Wouldn't it be logical if this were used for ME?

In the US, however, after the famous outbreak of ME at Incline Village, Nevada in the 1980's, the disease was renamed “chronic fatigue syndrome” by the Centers for Disease Control (CDC). A new ICD code was created under “Symptoms, signs and abnormal clinical and laboratory findings, not elsewhere classified”, currently R53.82.

This caused ME to be confusingly mixed with non-ME diseases, such as depression, in a series of overly broad definitions, culminating in the Fukuda Criteria, still in use today. This was politically motivated, apparently by the influence of disability insurers. (Osler’s Web, Hillary Johnson, pp 217 - 219) This is corrupt, unscientific and medically unsound, and not in the best interests of patients.

With a new trivial sounding name, and incorrectly re-characterized as a mysterious psychological-fatigue illness, ME has been swept under the rug.

The results have been devastating for ME patients. With a population much larger than the similar and better known neurological disease, multiple sclerosis, most ME patients are undiagnosed. Rates of disability are high – being housebound or bedbound for years or decades is not unusual. There are no FDA approved drugs or treatments. Patients are incorrectly told to exercise, when this is actually harmful. Patients can die 20 years younger than normal of heart disease, suicide or cancer.

In 2014, federal research funding for CFS was a measly $5 million, compared to $115 million for the similar disease, multiple sclerosis. This severe underfunding has been occurring for decades.

With the P2P and IOM redefinitions bearing down on us, perpetuating more of the same, we need to set this straight once and for all.

The ICD has variations in each country. In the US, it's called ICD-CM. In the current version, ICD-9-CM, ME is not classified in the tabular listing of diseases, meaning it doesn’t “exist”. I’ve heard of only a handful of ME patients in the US able to get diagnosed with ME. Everyone else has been diagnosed with CFS.

Luckily for us, this has been rectified in the ICD-10-CM, which goes into effect Oct. 1 2015. G93.3 (the code for ME), will then be listed in the tabular listing of diseases making it officially "exist". The timing could not be better. We need to start using it!

It also has an Exclude1 for CFS (R53.82). The same with CFS – it has an Exclude1 for ME. This means you can't be diagnosed with both ME and CFS at the same time. ME G93.3 is listed under neurological diseases. CFS R53.82 is listed under Symptoms, Signs and abnormal clinical and laboratory findings, not elsewhere classified. So – the ICD-10-CM officially states that ME and CFS two separate diseases, classified in two different categories, each mutually exclusive of each other.

The language we use is important, and using the correct language to refer to our disease will help reinforce our campaign. MEadvocacy.org, along with our sponsor May12.org, and the National Campaign for ME have already started using the term ME to mean true ME. We will no longer be using the term CFS, or even worse, the mixed name ME/CFS*, to mean ME. When we mean ME, we will say ME.

We encourage everyone in the ME community to follow suit. That means on your websites, blogs, forums, Facebook, and Twitter** - even your domain names and blog names! If you mean the disease with the hallmark symptom of post exertional relapse as defined by the Canadian Consensus Criteria or the International Consensus Criteria – just say ME!

As we only have the fees covered for the first month, we are currently fundraising for February, with a goal of $4000 more ($10,000 total) by January 21. An anonymous donor has generously offered a $1000 matching challenge grant, so the first $1000 donated will be doubled. Please donate now!

*Note: There is no ICD code for ME/CFS, CFS/ME or CFIDS - only CFS and ME. The NIH’s use of the term ME/CFS is improper. We ask that they stop using this term, and go back to using CFS as the CDC is still doing.

**Note: for Twitter, the most obvious hashtag, #ME, is problematic; we suggest using #MyalgicE instead.