Giving Testimony to CFSAC and a Call to Do More... 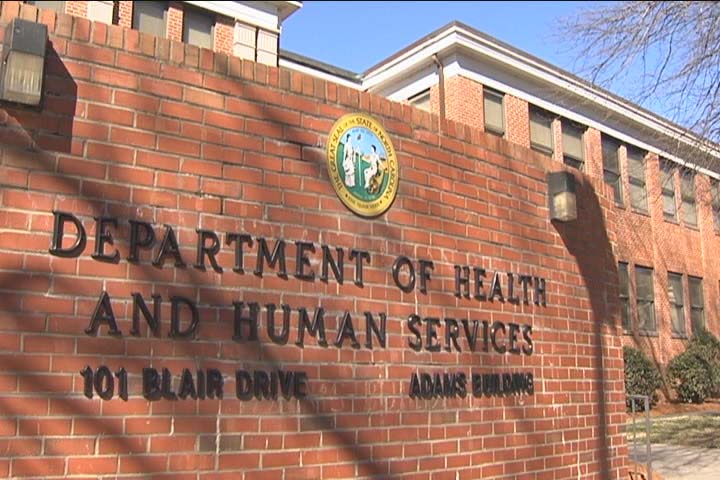 As most of you know, the Chronic Fatigue Syndrome Advisory Committee (CFSAC) held their bi-annual meeting on August 18 and 19, 2015.

CFSAC, formerly known as the Chronic Fatigue Syndrome Coordinating Committee, was established September 2002. CFSAC is governed by the provisions of the Federal Advisory Committee Act. Its purposes include advising and providing recommendations to the Secretary of Health and Human services. through the Office of the Assistant Secretary for Health (ASH), on issues related to research, access and care for individuals with ME/CFS.

The committee is comprised of eleven voting members (including the chair).  These include expert researchers, doctors, nurses, insurance specialists and a patient advocate.

The current voting members are:

The committee meetings are supervised by the Designated Federal Officer (DFO) - represented by Nancy Lee, M.D. The DFO assures coordination and communication between CFSAC and the HHS agencies

The two day meeting was packed with important data, parsing the two recent reports of the IOM and P2P.  CFSAC had assigned a workshop led by patient advocate, Donna Pearson, to review and create recommendations based on these two reports.  The workshop spent a lot of time and effort  delving deeply into the details of the reports.

The workshop members presented sixteen recommendations to the committee.  These were discussed and voted on by the seven voting members who were present.  Fifteen of the recommendations were passed. The one recommendation they could not agree on, was about the name change. Some voting members voted for the IOM suggested name of systemic exertion intolerance disease (SEID). Others pushed for the historical name myalgic encephalomyelitis (ME).  They decided to shelve this topic for a later date.

The next stage for these recommendations is the process of being reviewed by the various government health agency departments. Then, it will go to Secretary Burwell.  This process is expected to take several months.

We hope to bring you a response about this two day meeting after we have reviewed the official CFSAC minutes and videos.

Our Oral Testimony: On August 19th

My name is Colleen Steckel.  I represent MEadvocacy.org, a non-profit patient advocacy group managed by patient volunteers with eleven hundred members. Our focus is to advocate for awareness of Severe ME and the urgent need for research and funding.

We promote the name Myalgic Encephalomyelitis. We call for ME to be officially recognized as its own distinct disease separate from CFS, under the ICD-10-CM code G93.3, along with a strictly defined ME definition using the Canadian Consensus Criteria, the International Consensus Criteria or better.

Our organization fills a great need brought on by years of neglect and malfeasance by our government health agencies. This neglectful abuse has produced a hidden and growing plague affecting at least one million American men, women and children causing lifelong disability and extremely poor quality of life.

Despite the good intentions of the CFSAC committee, the outcome has been ineffectual because the government has declined recommendations, erased some parts they didn’t like and totally misrepresented others.

We were appalled to witness Health and Human Services pervert the 2012 CFSAC recommendation to redefine the disease starting with the CCC. This corruption as well as the refusal to heed the call of ME experts resulted in a waste of a million dollars only to produce a product inferior to the experts’ recommendations.  We submit that the suicides we have witnessed since that date may be a direct result of the despair of patients caused by this abuse of power.

According to Leonard Jason and others, the IOM name and definition is no better than the inadequate Fukuda definition.

Our trust has been shaken again by the reinstatement of the same DFO, Nancy Lee who allegedly threatened three voting members and is suspected of altering recommendations.

CFSAC’s charter states that this committee was created to HELP patients - yet, patients feel unheeded and maltreated.  If “help” is what was intended, this has been an epic fail!

What do we want?

Nancy Lee replaced with someone who will regain the confidence of the ME community.

Implement CFSAC recommendations without further delay with emphasis on getting a primer based on the ICC and/or CCC into the hands of physicians as quickly as possible.

Include the needs of Severe ME patients in every discussion.

$250 Million in funding for biomedical research

Answers why funding requests from researchers in our field keep being denied and a plan to remove those roadblocks.

Thank you for your time.

MEadvocacy.org is a non-profit patient advocacy group focusing on advocacy and raising awareness of severe ME. We promote the name Myalgic Encephalomyelitis along with the ME criteria authored by ME experts.  Our organization is growing rapidly and is currently 1,100 members strong.

MEadvocacy.org is filling a great need resulting from our government’s long time neglect and malfeasance. This neglectful abuse has produced an outgrowth of a hidden plague affecting at least one million American men, women and children causing lifelong disability and extremely poor quality of life.

While it may be that some members of the CFSAC committee have served with good intentions and have ME patients’ best interests in mind, the committee overall has sadly been ineffectual. Moreover, the malfeasance by the government health agencies, in either declining every recommendation or wrongfully altering them, has resulted in no advances in the care and treatments of those suffering from this disease for over 30 years.

In 2004 the following recommendations were made:

Eleven years later there is no evidence these recommendations have been considered or effectively implemented.

1.   CFSAC asks that the Centers for Disease Control and Prevention (CDC) remove the CFS Toolkit (both English and Spanish versions) from the CDC website.

2.   CFSAC asks that the appropriate person[s] within HHS work with the International Association for Chronic Fatigue Syndrome/Myalgic Encephalomyelitis to make their primer widely available, particularly to primary care providers.

3.   CFSAC asks that HHS staff work with Committee members to develop a list of ME/CFS organizations and criteria for posting links to the organizations’ websites on the CFSAC website.

4.   CFSAC asks that a link be added to the CFSAC website for the Department of Education-supported Parent Technical Assistance Center Network.

5.   CFSAC asks that HHS partner with Committee members and the Department of Education to educate educators and school nurses on ME/CFS affecting children and adolescents.

We were appalled to witness the perversion of the March 2014 CFSAC recommendations. Alterations included the omission of references to the Canadian Consensus Criteria.  Details about this incident can be found at:  http://www.occupycfs.com/2014/11/24/another-cfsac-violation/

This corruption as well as the refusal to heed the call of ME experts to adopt the criteria the experts recommend resulted in a waste of a million dollars only to produce an inferior product.  We submit that the suicides we have witnessed since that date may be a direct result of the despair of patients caused by this abuse of power.

The resulting new IOM name has been found to be no better than the degrading moniker “CFS” as well as the inadequate Fukuda definition according Leonard Jason and others. This is inexcusable, when we already have the Canadian Consensus Criteria (CCC) and the International Consensus Criteria (ICC) authored by ME experts which better defines the authentic disease ME.

In addition, we do not feel confident that the voting CFSAC members are free to act and speak on their own accord. There were allegations by voting members; Eileen Holderman, MaryAnn Fletcher and one more member that they were threatened by the DFO, Nancy Lee, when questioning the route that CFSAC was taking regarding this recommendation.

Patients have lost all confidence in the efficiency and autonomy of the CFSAC voting panel. Our comfort level has been shaken again by the reinstatement of the same DFO, Nancy Lee.  We feel Nancy Lee must be replaced with someone who will work for the well-being of patients in order to restore credibility in the ME community.

CFSAC’s charter states that this committee was created to HELP patients. But instead patients feel unheeded and maltreated.  If “help” is what was intended, this has been an epic fail!

We call for ME to be officially recognized as its own distinct disease separate from Chronic Fatigue Syndrome, under the ICD-10-CM code G93.3, along with a strictly defined ME definition using the Canadian Consensus Criteria, the International Consensus Criteria or better.

We call for NIH funding for ME be raised to at least $250 million, an amount on par with similar diseases such as MS. We also demand that all research funding be spent on the biomedical aspects of ME and that severe ME patients be studied.

In addition, we demand that grant reviewers familiar with ME be used, as even excellent proposals from world renowned researchers such as Ian Lipkin and Ron Davis are being denied.

We, at MEadvocacy.org anxiously await some real action to help stop the neglect and malfeasance of those of us suffering from Myalgic Encephalomyelitis.